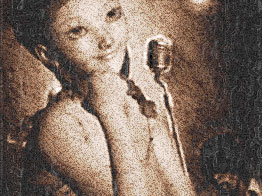 About The Bohemian Beat 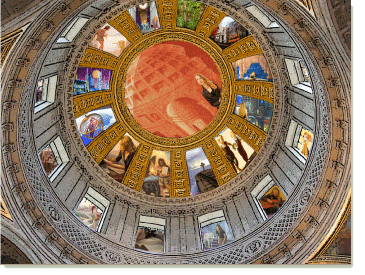 I started this radio show in 2006, after completing a course through Adult Community (ACE) in broadcasting, in which you actually had to produce and present a show on air! This course was run in conjunction with Bay FM, the local community radio station. Being an amateur allows lots of room for creative exploration, and the idea for the bohemian beat started to form. After a couple of submissions and some hard work, I was being trained and mentored by Bay FM presenters, and voila The Bohemian Beat.

The Bohemian Beat is an idea that developed while I was convalescing from a serious car accident. Based on collages I created during that time, fragments of what I had lost or what merely needed to be rediscovered. And also the things inside of me, I thought I would never get the opportunity to share. 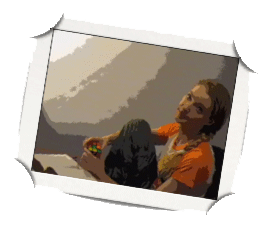 To tell you a little more about myself, I have written and read performance poetry in Sydney and London and at festivals around Byron Bay. Besides my initial studies in Electronics, I have also studied subjects at University and other learning centres as well as my own studies and research in Archaeology, Paleoanthropology, Psychology, Anthropology and subjects on Aboriginal Art and Archaeology and also Eastern and Western Philosophies. My own research in the esoteric element of Aboriginal Spirituality and Mythology has been over a eight year period.

I have travelled extensively all around Australia, and I have also grown up in many diverse parts of the country, from the top of Western Australia to the southern part of Tasmania. I have travelled extensively through Europe, India, Egypt and parts of America. For a day job I have worked in Information Technology for over twenty years as a Network Engineer and Consultant and also managed a network operations centre. I have worked and lived in Sydney, Melbourne, Perth, Brisbane, London, Amsterdam, Madrid, Geneva, Tokyo, Singapore and Malaysia.

I live in Byron Bay, in NSW Australia, where I teach Postural Management and Yoga, produce "The Bohemian Beat" radio show for Bay FM and the National Community Radio Network, and also consult in IT Development & Security.

I released my first book ‘Under the Amaranth Skies’, online in 2013, and am currently working on my second book.