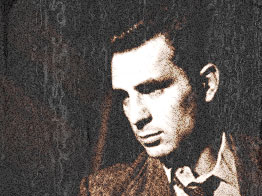 When Jack Kerouac burst on the American scene in 1957, with his book On the Road, he had invented a new style of writing. This new style of spontaneous bob prose was inspired by jazz, poetry, local talk, vitality, joy, sentimentality and sincerity that fused into a stream of consciousness spontaneous prose style that became his trademark.

The Times reviewer, Gilbert Millstein, wrote: "Just as, more than any other novel of the Twenties, The Sun Also Rises came to be regarded as the testament of the 'Lost Generation,' so it seems certain that On the Road will come to be known as that of the 'Beat Generation.'"

Overnight Kerouac became a literary star, even though he had been carrying ‘On the Road’ in his racksack for many years trying to find a publisher. Kerouac’s first novel The Town and City, was published in 1950, but was not well received. And for the next seven years Kerouac wrote constantly, struggling to find his voice as a writer and despairing at the lack of interest in his work.

The novel, On the Road, drew public attention to a widespread subterranean culture of poets, folksingers, hipsters, mystics, eccentrics and Buddhists. Kerouac accurately captured the restless spirit of the post-war generation struggling to break free from the conformity of the fifties. The novel On the Road, portrayed young people who were hungry for experience and hopeful to discover a new vision, a way of living free from such bourgeois considerations as moderation, respectability, security, and self-control in an era of cold-war conformism.

They meditated, listened to jazz, shared their mad ideas, experimented with drugs, made love, appreciated nature, bummed around and took to the Open Road. Later they would be defined as the ‘Beat Generation’. This group of emerging artists shared their visions, ideas and experiences as they tried to define them selves and explore their inner creativity in an Orson Well’s hell. Like the bohemians of the 20’s and 30’s, these artists were rebelling against middle class values.

Kerouac was ill prepared for his sudden fame in the late fifties. He was hounded and overwhelmed by mobs of people hungry to see a legend. A legend shaped from a book he had written six years prior regarding events that occurred many years before that.
Withdrawing into paranoia and alcoholism, Kerouac sank into obscurity. On October 21, 1969, at the age of 47, Kerouac died from an internal haemorrhage at St. Anthony's Hospital in St. Petersburg, Florida.

Read by: Music by:

In the ocean there is a very sad turtle
(Even tho the SS Mainline Fishin Ship
is reeling in the merit like mad)
Swims longmouthed & sad, looking
for the Impossible Except Once
afternoon when the Yoke, Oh,
the old Buddha Yoke set a-floatin
is in the water where the turtle raises
his be-watery snop to the sea
and the Yoke yokes the Turtle
a Eternity --
"Tell me O Bhikkus
what are the chances
of such a happening
for the turtle is old
and the yoke free
and the 7 oceans bigger
than any we see
in this tiny party."
Chances are slender --
In a million million billion kotis
of Aeons and Incalculables. Yes,
the Turtle will set that Yoke free,
but till then, harder yet
are the chances, for a man
to be reborn a man
in this Karma earth