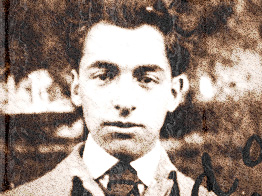 Pablo Neruda (1904-1973), a Chilean poet, won the 1971 Nobel Prize in literature. Because he continually changed his approach to poetry, Neruda's work cannot be easily characterized. He was one of the great adapters of surrealism in Spanish-language verse, producing obscure, violent imagery and conveying a sense of universal chaos. Neruda also experimented with making poetic expression as direct and simple as possible.

“On our earth, before writing was invented, before the printing press was invented, poetry flourished. That is why we know that poetry is like bread; it should be shared by all, by scholars and by peasants, by all our vast, incredible, extraordinary family of humanity.”

During his lifetime, Neruda occupied many diplomatic positions and served a term as a Senator for the Chilean Communist Party. Pablo Neruda was actually nominated as a candidate in 1970 for the Chilean presidency, Neruda ended up giving his support to Salvador Allende, who later won the election and was inaugurated in 1970 as the first democratically elected socialist head of state.

Pablo Neruda died during the 1973 Chilean coup. He died from heart failure aged 69. The military coup led by General Augusto Pinochet on September 11 saw Neruda's hopes for a ‘More just’ Chile destroyed. During a search of his house and grounds by Chilean armed forces - the poet famously remarked: "Look around—there's only one thing of danger for you here—poetry."

Pinochet had denied permission to transform Neruda's funeral into a public event. However, thousands of grieving Chileans disobeyed the curfew and crowded the streets.